Oktoberfest is a two-and-a-half-week German beer festival, held in Munich, Bavaria, Germany. While it is a giant world festival in Germany, Oktoberfest celebrations are held around the world during this time. So, if you can’t get to the festival in Germany, you can participate in a local event. Oktober celebrations include beer, German foods, music, dancing, and German culture.

It’s time to eat, drink, and be merry! The mayor of Munich opens Oktoberfest each year by tapping a keg of beer. They make a special brew, aptly called Oktoberfest beer, for the festival.

Oktoberfest is not just a celebration of beer. It is a huge festival with lots of food, music, dancing, rides, and carnival booths. Each year millions of people from all over the world come to the fair. Oktoberfest celebrations and festivals are held around the world during this time. These festivals also celebrate the rich heritage of the German people.

How to Celebrate Oktoberfest

Attend an Oktoberfest celebration during this period. You don’t have to go every day. But, try to attend on more than one day because it is a lot of fun. German clubs and many local bars hold Oktoberfest celebrations and events, complete with music and dancing. It’s for participants and very good for business.

Don’t just go and drink beer. Rather, plan on joining in on the dancing and festivities.

“Milk is for babies. When you grow up you have to drink beer.” – – Arnold Schwarzenegger 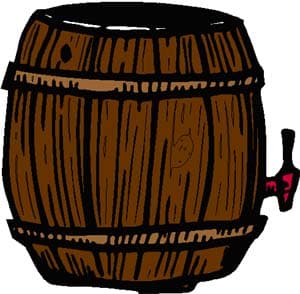 History and Origin of German Oktoberfest

The very first Oktoberfest was held on October 12, 1810. It was held to commemorate the marriage of Crown Prince Ludwig (King Ludwig 1) to Princess Therese of Sachsen-Hildburghausen. The wedding took place on October 12th, and a great horse race (in celebration of the marriage) was held a few days later on October 17th. Their marriage was celebrated annually and was known as Oktoberfest.

Early Oktoberfest celebrations were held in October. The festival was eventually moved to September, as the weather was better earlier in the Fall.

Oktoberfest has been held annually since 1810. Throughout this time, it has been canceled a few times, due to wars, and once due to a major Cholera outbreak (1854) in the region.

This Day in History

Recipe of the Day: Pumpkin Beer

Flower of the Day: Balsam

Ecards Send a free Ecard daily for just about any September calendar holiday, occasion, observance, or event. Or, just for the fun of it!

Holiday Insights, where every day in September is a holiday, a bizarre or wacky day, an observance, or a special event. Join us in the daily calendar fun each and every day of the year.

Did You Know? There are literally thousands of daily holidays, special events, and observances, more than one for every day of the year. Many of these holidays are new. People and organizations are creating new holidays on a regular basis. September holidays are no exception. Consequently, at Holiday Insights, we take great efforts to thoroughly research and document the details of each one, as completely and accurately as possible.